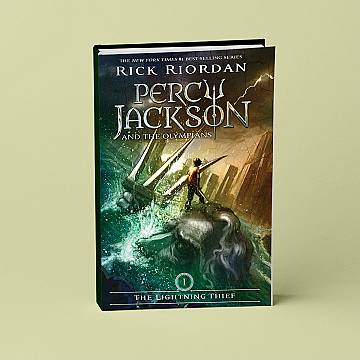 “Walker Scobell is an incredibly talented young man who blew us away with his audition tapes for the role of Percy,” Riordan wrote. “Many of you recently discovered how great Walker is when you watched his movie The Adam Project, in which Walker lit up the screen as a younger version of Ryan Reynolds’ character. We were fortunate enough to audition Walker months before that movie came out, but the film only confirmed what we already knew about his talent. It was obvious to me and the rest of the team that Walker had the perfect mix of comedic timing, sweetness, rebelliousness, snark, and heroism to embody our hero Percy Jackson.”

Scobell made his film debut in The Adam Project for Netflix. He is also starring in the Secret Headquarters with Owen Wilson, which will be released in theatres on August 5.

The series follows a 12-year-old boy named Percy, who learns he is a demigod. He is just coming to terms with his newfound supernatural powers when the sky god Zeus accuses him of stealing his master lightning bolt. Percy must trek across America to find it and restore order to Olympus. Disney+ ordered the series adaptation of the Rick Riordan book series in January.

Riordan and Jon Steinberg are writing the pilot for Percy Jackson and the Olympians. James Bobin will direct the first episode.

Riordan's first two books about Percy Jackson were turned into movies, with Logan Lerman as the title character. The two films received mixed reviews from critics but grossed over $425 million worldwide.

Apple TV+ Is Developing a Godzilla and Titans Original Series

Apple TV+ has partnered with Legendary for a new live-action series based on Legendary’s Monsterverse...