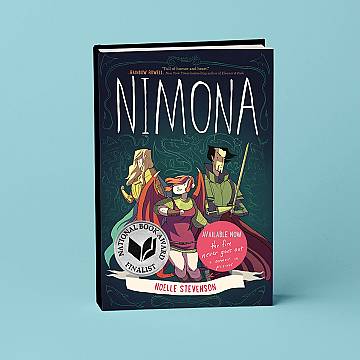 ND Stevenson announced the news and debuted a first look on Twitter this morning. Nimona is based on Stevenson's New York Times bestselling graphic novel of the same name.

In the film, Knight Ballister Boldheart is framed for a crime he didn't commit and the only person who can help him prove his innocence is Nimona, a shape-shifting teen who might also be a monster he's sworn to kill. Set in a techno-medieval world unlike anything animation has tackled before, this is a story about the labels we assign to people and the shapeshifter who refuses to be defined by anyone.

Apple TV+ Is Developing a Godzilla and Titans Original Series

Apple TV+ has partnered with Legendary for a new live-action series based on Legendary’s Monsterverse...